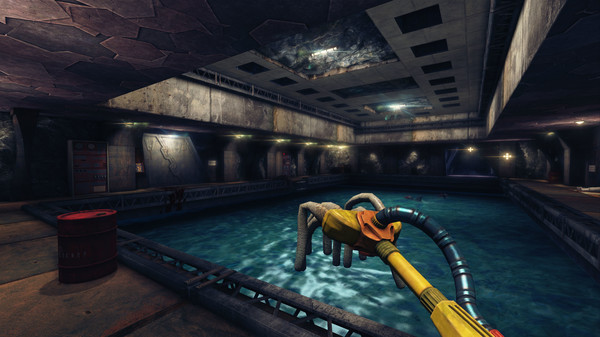 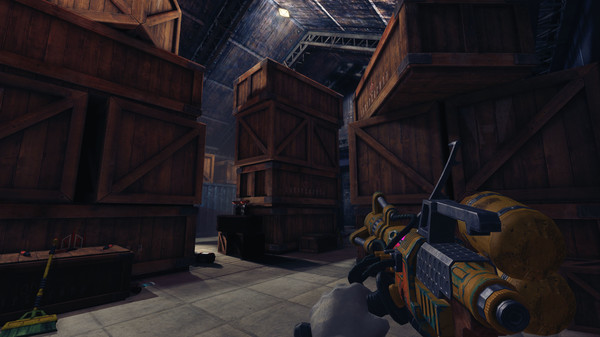 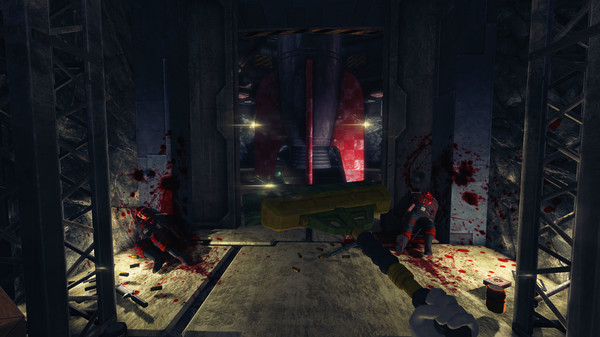 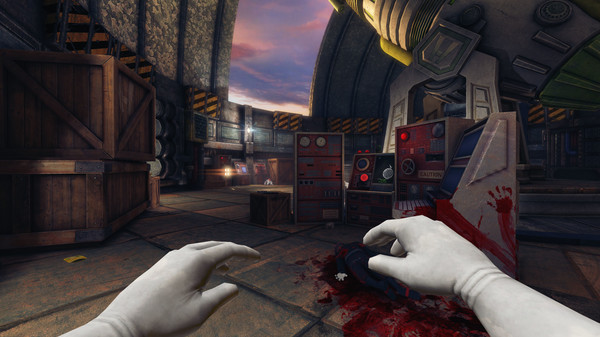 Your mission, should you choose to accept it, is to get on with the job and clean this place up! In this DLC for Viscera Cleanup Detail, you will have to deal with the aftermath of a mission on Dr. Hades lair.

His plans set in motion, Dr. Hades and his villainous underlings laughed to themselves from their seats at an elaborate table, deep underground on a remote island lair. It would prove to be a short-lived interlude however, as Fox Huntington, dapper plot-foiler extraordinaire and international man-of-action, proceeded to lay waste to the twisted Doctor's evil plans. The world was saved!

Now that an international super-spy has done their part, it falls to you to get on with the real work..
So, straighten up your bow-tie, spray on your finest fragrance and pay a visit to your nearest gadget store; it's time to clean this place up!

The Vulcan Affair features an entirely new level set in Dr. Hades sprawling volcano lair, nestled on a remote island. You will be tasked with cleaning up the aftermath of a mission to take down Dr. Hades and end his 'Vulcan Project'.